What is Public Finance: In this article, you will going to find out about what exactly public finance is all about that is the query “what is public finance” is solved. 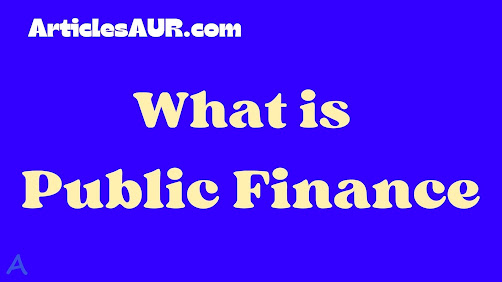 What is Public Finance?

In the subject area of ​​public finance, we study the accumulation of wealth and its distribution in various activities. Public revenue is concerned with the sources of income, the principles of taxation, and their problems. In other words, all income from taxes and receipts from public deposits are included in public revenue.

In this section of Public Finance, we study the problem of making loans. Do we see why the loan is being taken? What is the source of the loan? How to collect it? What is the interest in that? And what is the mode of payment thereof? So it deals with the problem of collecting and paying off debt.

Under the financial or revenue administration, we belong to the government which is responsible for the various functions of the state. The important topic related to financial administration is how to implement the budget? Apart from this, the whole process of budget preparation includes budget presentation, passing, implementation, and evaluation, etc.

In this, the measures taken by the government to bring economic stability in the country and other measures and various economic policies are described.

Public finance is a real science

Science is the systematic study of a subject in which the cause and effect of facts are studied. In public finance, the subject related to the income and expenditure of the government is studied sequentially. In this, the relationship of cause and effect found in the facts related to income and expenditure of the government is also studied. For example, it is known from the study of public finance that if taxes are levied at a higher rate, they can have a bad effect on production and consumption. Thus public finance is real science.

In other words, it means that public finance not only interprets actions but also evaluates whether they are good or bad. It is this welfare aspect of public finance that makes it a normative science. So public finances are also related to ‘what should be’. Therefore, it is used in the form of revenue activities to prevent fluctuations in the business cycle, prevent unemployment and reduce hidden unemployment, ensure equitable distribution of income and wealth, economic stability and growth and reduce regional problems. 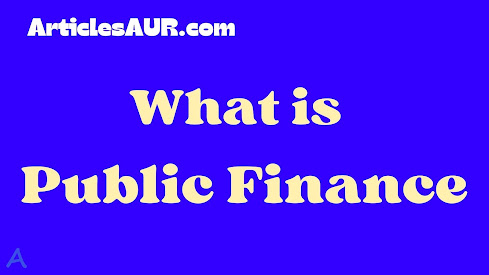 Public finance is an art

Art is the application of knowledge to achieve certain objectives. Knowledge related to the government’s income and expenditure is used by public finance, revenue policy for achieving the objectives of full employment, economic equality, economic development, price stability, etc. For example, to achieve the goal of economic equality, taxes are levied at a progressive rate. The act of levying tax is definitely an art and budgeting is also an art in itself. Thus the study of public finance proves helpful in the study of many practical problems. Therefore, public finance is also an art.

Thus it can be said that public finance is both a science and an art. It is a real science as well as a normative science.